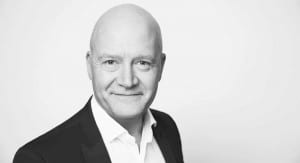 Jakob assumed his role as CEO in April 2011.

Jakob was previously CCO & CFO of Egalet Ltd. a Danish-based biotech company focusing on the development of pain products. Jakob oversaw all commercial operations including IP and Financing and was responsible for entering into 8 commercial collaborations (licensing and feasibility stage agreements). In addition, Jakob closed several rounds of financing and also the transition of the business from a Danish legal entity into a UK legal entity.

Prior to this Jakob was heading the Corporate Business Development function at ALK-Abelló A/S, a Danish biopharmaceutical company. Jakob was responsible for ALK’s deals for its allergy tablet portfolio and over his 9-year tenure, was involved with ALK’s acquisitions made over the years with target companies in Switzerland, France, New York and a joint venture in Germany.

Jakob was responsible for setting up ALK-Abelló’s Chinese subsidiary and he also took part in the processes to independently list ALK on the Copenhagen Stock Exchange. Jakob has additionally held responsibility for various sales and marketing functions.

Jakob is a lawyer by training and trained with the law firm Arup & Hvidt in Copenhagen. He also holds an MBA from Imperial College, UK. 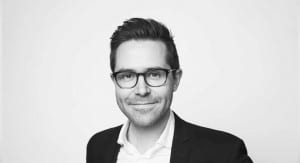 Mark assumed his role as CFO in September 2019

Mark was previously a manager (project leader) in the management consulting company, QVARTZ (now Bain & Company), where he headed several client projects within corporate strategy, M&A, and commercial excellence, primarily in Europe and North America. Mark has previously worked for Novozymes in Denmark and Nova Founders Capital in Malaysia and the Philippines.

Mark holds an M.Sc. in Economics and Business Administration (International Business) from the Copenhagen Business School. 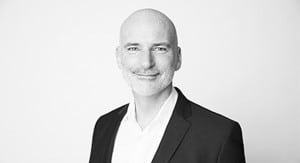 Thomas has for more than two decades held positions in business development, sales and marketing in companies providing innovative solutions advancing healthcare. These count major corporations such as Radiometer Medical, Becton Dickinson and Roche Diagnostics, as well as smaller companies including Exiqon and ChemoMetec.

Thomas has also worked with inward investment for the non-profit organization Copenhagen Capacity, where he was responsible for attracting US biotech & pharma to the Danish-Swedish life-science cluster known as Medicon Valley.

Thomas’ holds a PhD in cell biology from Copenhagen University and Syracuse University, USA, and a CBA from AVT Business School, Denmark. 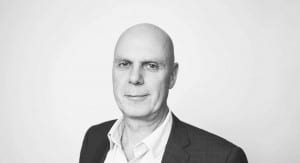 Jesper founded the company with Jørgen Thorball and Peter Benson.

Jesper is a pioneer in suPAR research and author of more than 70 peer-reviewed papers on suPAR. Jesper is the inventor of several patents related to suPAR.

Jesper is a biochemist and obtained his PhD degree from the University of Copenhagen in 2003. In addition to his role as CSO in ViroGates, Jesper has been laboratory research director and supervised 14 PhD students at Copenhagen University Hospital Hvidovre, Denmark.

Jesper is appointed as an independent expert and evaluator for EU FP7, EDCTP, and Horizon 2020 as well as an international coordinator or responsible participant in FP6 and FP7 EU financed projects.

As CSO in ViroGates, Jesper is responsible for the company’s clinical, technical and research operations.